Below is the NTSB investigation report of the August 10, 2016, gas distribution incident in Silver Spring, MD.  The incident involved a mercury service regulator, located inside an apartment building, with an unconnected vent line.  As a result of the incident there were 7 fatalities in addition to 65 residents and 3 fire fighters injured due to an accumulation of gas and the resulting explosion.  The NTSB investigation identified serious flaws in the inspection of service regulators, that there was no notification to the gas company of a gas odor, and the need for methane detectors.

The NTSB recommendations to PHMSA were:

1)Require that all new service regulators be installed outside occupied structures. (P-19-001)

2)Require existing interior service regulators be relocated outside occupied structures whenever the gas service line, meter, or regulator is replaced. In addition, multifamily structures should be prioritized over single-family dwellings. (P-19-002) 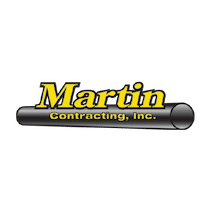 All pre-paid registration fees will be forwarded to the 2021 event unless a refund is requested. PRESENTING SPONSOR:
View Calendar
Add